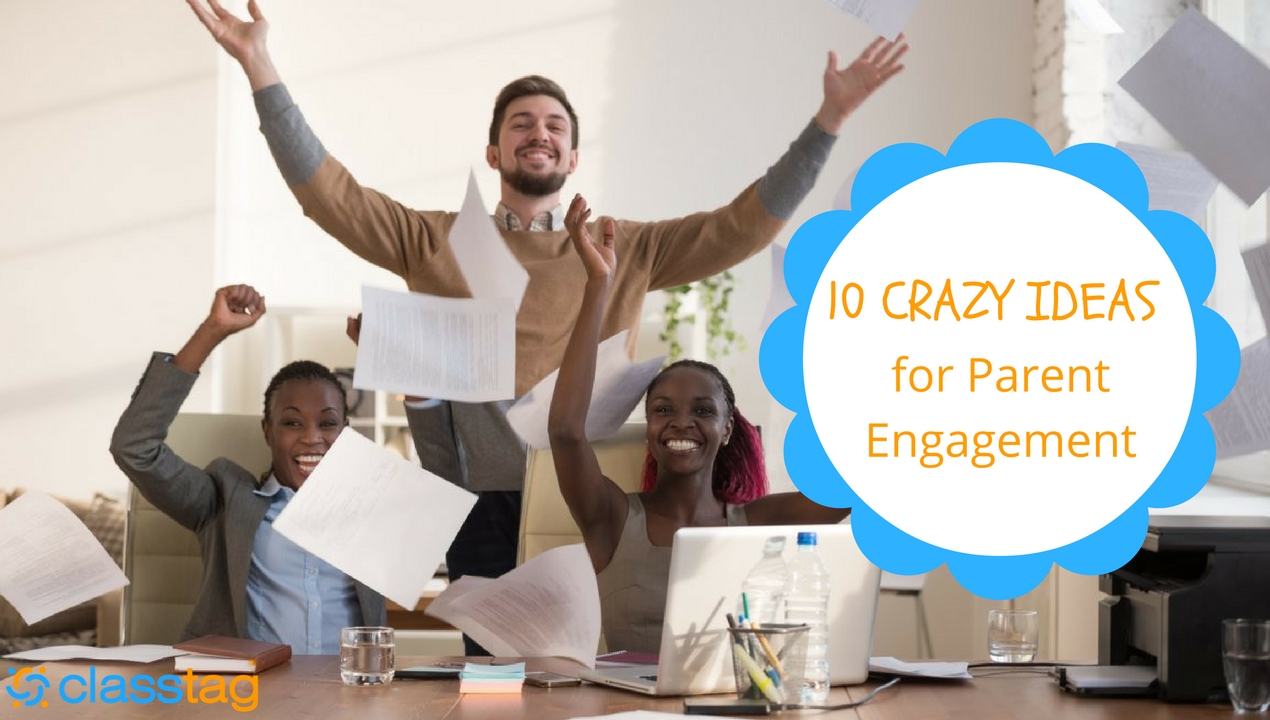 The value of parent engagement in contributing to many measures of student success is widely recognized and supported by research. However, schools consistently struggle to get the level of parent involvement they’re looking for. Meanwhile, 80% of parents identify as not being fully engaged with their child’s education.

In an effort to resolve the parent engagement puzzle, educators are increasingly turning to weird, wonderful and occasionally, just plain stupid ideas. From creative, through merely misguided to downright punitive, here’s ClassTag’s list of the top 10 engagement “lightbulb moments”:

Some schools are trying out sending their staff round the neighbourhoods on school buses in an effort to work on parent teacher relationship, even before the first school bell. We wonder though, if the bus is full of teachers – how do the kids get to school? Do teachers manage to grab their morning coffee beforehand? And most importantly – is this actually an effective way of building engagement?  We are curious to hear from teachers who tried it.

2. A night out with school-organized childcare

Some educators think that free babysitting would sway teachers to attend school events, such as Internet Safety Night. Recruiting a few middle schoolers or a designating a teacher to take care of childcare while parents play “Cyber Smarts Bingo”? Worth trying.

Impressed with the idea to bring teachers to parents on the bus? How about bringing the entire school to parents? In a creative move, one school in North Carolina created a “classroom on wheels”, retrofitting an old school bus with wi-fi, computers and a child care section with a library!

“The same services we have in the school building, we have on wheels”

– and parents love it! The program is proving so popular that other schools in the district have requested its services.  The local Board of Education has even considered hiring a full-time employee to manage the scheme.

Some schools have a simple idea for engaging parents: serve food and they will come! Some issues, such as web-safety education, can quickly escalate in complexity and leave parents discouraged. Can “internet-themed snacks” help?  Apparently so:  you can easily turn Mini Babybel cheese into edible emojis” or make the event a parents-only ice cream “social” and talk Instagram over ice cream cones.

5. A field trip for parents

One school in Florida turned to organizing the first ever parents-only field trip. While the kids stayed at school, parents and grandparents boarded a bus headed for the local art museum, where they took part in scavenger hunts and crafts. While it might seems odd to leave the kids behind in a school activity, parents recognized the value of the trip.

– acknowledged one of the participating parents.

An elementary school in Delaware came under fire for having separate meetings for parents from different ethnic groups. While this initiative must have been well-meaning, and parents of different ethnicities might have some different concerns, schools should be more thoughtful about bridging the gaps between communities and working through differences.

“In parent involvement programs, it’s all voluntary, and schools need to work hard to make sure that divisions are not made worse in everything they do”

In Detroit, the Wayne County prosecutor attempted to make missing parent teacher conferences illegal. If she succeeded though, would that really count as parent engagement? Not the greatest way to build rapport! We are sympathetic though – this attempt just goes to show how desperate we are for new solutions. “I know we need to try something different. We should not have to legislate this, but what we have been doing is not working” – admitted the prosecutor.

8. The true cost of not engaging

Rather than threatening parents, how about motivating teachers to carry the burden by making them financially responsible? In Idaho, schools attempted to tie teacher pay to parental involvement.

“A teacher who has a chance encounter with a parent at a grocery store and chats about school can earn credit toward a financial bonus”, this is how the Washington Post summed up the slight absurdity of the idea.

Unfortunately, since the programme has been introduced, it’s been difficult to find data about it’s success. Idaho teachers, we want to hear from you!

In Washington D.C the City Council Chairman announced plans to cut off TANF benefits to parents that didn’t attend parent-teacher conferences and meetings.

“We’re holding our teachers accountable, our principals accountable, our chancellor accountable — parents have to be accountable too.” – explained the DC Council Chairman.  But why only the families in need are to be held accountable? Hard-working parents may miss teacher conferences and PTA meetings for lots of reasons that can’t be documented, and the City Council should remember – nothing is straightforward and clear-cut when dealing with poverty and social issues. We need to do better than this.

At the opposite end of the spectrum – but within the very same city of Washington D.C – some schools are creating truly collaborative partnerships with the parent community. As well as various events they put on to involve parents, such as art auctions or daddy-daughter dances, they are establishing clear vision and goals with parents in at-home meetings. They then build the foundations to make this real by teaching parents how to support their child’s academic success throughout the academic year. Importantly, the programme is all about opening up the books and going into the curriculum, allowing parents to see exactly what their children are being taught and become a partner in learning.

We couldn’t agree more. Despite mistakes and misguided efforts, this issue is simply too important to sweep aside. Listening to feedback from parents, teachers and even from the children will eventually guide us towards best solutions that help students achieve greater success.

Not all of the ideas above are worth replicating – and that’s putting it mildly. What all these examples show us though, is that more and more schools, authorities and parents themselves recognize the importance of parent involvement. But, according to our recent survey, awareness doesn’t equal action. Many teachers find themselves discouraged by past experiences and aren’t doing a whole lot to change the situation. Other are tired of numerous disjointed ideas and band-aid solutions. This is why a comprehensive, research-backed and teacher-tested engagement system can be a game-changer .

At ClassTag, we guide teachers, parents and schools on the path towards more engagement. We’re actively suggesting ways to engage, with different communication and sharing opportunities available on the platform. If you’ve had enough of disconnected, short-term efforts, try our parent engagement system – join ClassTag now. 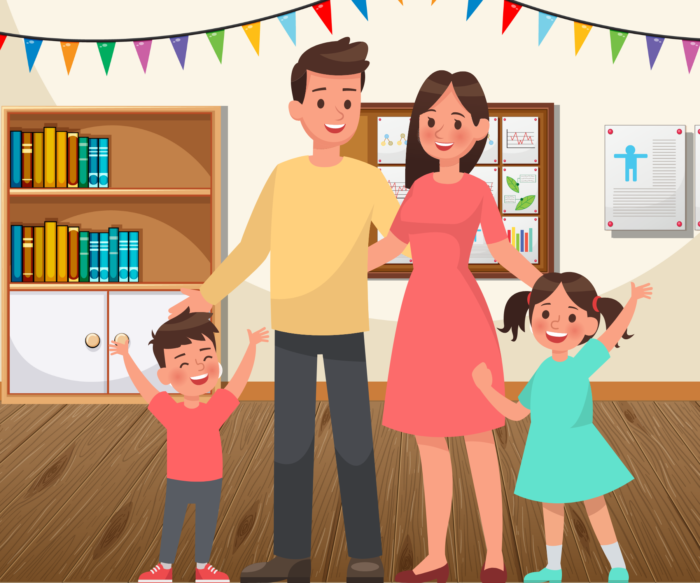